The Motley Fool Take If you don’t have the time, interest or skills to research and invest in individual stocks, consider index funds, which track various stock (or bond) indexes and generally sport low annual fees. Over the 15 years ending in December 2019, the S&P 500 index of 500 […]

If you don’t have the time, interest or skills to research and invest in individual stocks, consider index funds, which track various stock (or bond) indexes and generally sport low annual fees. Over the 15 years ending in December 2019, the S&P 500 index of 500 of America’s largest companies outperformed fully 90% of U.S. large-cap stock mutual funds.

Exchange-traded funds make index-fund investing extra easy. They trade like stocks, and you can buy as few or as many shares as you want through your brokerage. Here are a few promising ones with low fees:

Consider parking at least some (and perhaps many) of your long-term dollars in index funds.

From B.W. in Toledo, Ohio: Are the best stocks to look for the ones with high dividend yields and low P/E ratios?

The Fool responds: Not necessarily. Remember that a dividend yield is the result of dividing the annual dividend amount by the current stock price, so if the stock plunges, the yield will soar. Looking for solid yields of, say, 2% to 4% (or even more) is fine, but do extra research before grabbing an ultra-high yield. It’s also good to seek out dividends that are being increased regularly and significantly over time.

As for the price-to-earnings ratio: While a low P/E suggests a better value than a high one, remember that P/Es vary by company and industry (and that companies with no current earnings will have no P/E).

Do some digging and compare a company’s recent P/E ratio with its five-year average to see whether it’s now relatively high or low. Compare it with peers in its industry, too. The “forward” P/E ratio, based on the coming year’s expected earnings instead of the past year’s earnings, is also good to check out. You can research companies at sites such as Fool.com, Morningstar.com and Finance.Yahoo.com — and look at many more numbers than just the yield and P/E ratio.

From F.H. in Scottsdale, Ariz.: What does it mean if investors are “long” on a stock?

The Fool responds: It means they’ve bought shares, expecting them to rise in value — as opposed to shorting a stock, where they’d aim to profit if its price fell.

It can be exciting when a company first starts trading on the stock exchange via an initial public offering, and investors are often eager to rush in and snap up shares. That frequently turns out to be a mistake, though. Learn more about IPOs before you invest in any.

An IPO involves a company selling part of itself to investors by issuing shares. (Alternatively, it might raise money via banks or private investors, or by issuing bonds.) Some big-name IPOs last year were Pinterest, Zoom Video Communications, Uber Technologies, Lyft, Slack Technologies and Peloton Interactive. Airbnb is looking to hold an IPO this year.

One problem with IPOs is that most investors can’t buy shares at the initial prices. It’s often big clients of the underwriting investment banks — such as pension funds, mutual funds, private equity firms and high-net-worth individuals — who get that privilege. With a hot IPO, the early investors get in at the low initial price, and then stock begins trading at a higher price due to demand.

Also, IPOs tend to be volatile. Often the companies are relatively young, without long track records of profitability. The IPO process itself also contributes to volatility, with the price often surging initially and then sinking back to earth after a few days, weeks or months.

It’s often best to steer clear of IPOs in order to let the dust settle and give management a chance to operate as a public company for a while, issuing required quarterly and annual reports. There are usually plenty of other great and more established companies to invest in — at attractive prices.

From H.H., online: My smartest investment was buying shares of Facebook when they were only at $19 apiece, in 2012.

The Fool responds: You did well — the stock never spent much time near such a low price. Here’s hoping that you’ve hung on since then, as the shares were recently trading above $280 apiece, having risen nearly 1,400%. That’s enough to turn a $1,000 investment (of about 52 shares) into a stake worth almost $15,000. It’s a terrific gain, but what matters most at this point is where the stock is headed from here.

If you think the shares are very overvalued, you no longer have confidence in management or you don’t expect the company to grow robustly, consider selling. (You might sell all your shares — or compromise and just sell some.)

If you’re still a long-term believer and you expect the company to be much bigger in the future, with revenue, earnings and user numbers continuing to grow, hang on. Bulls today see great potential for the company, given Facebook’s 1.8 billion daily active users, and they’re impressed with its Instagram business as well. Bears worry about advertisers boycotting Facebook due to its handling of political content and wonder whether many users will depart. Do your own research and thinking, and make your own call. 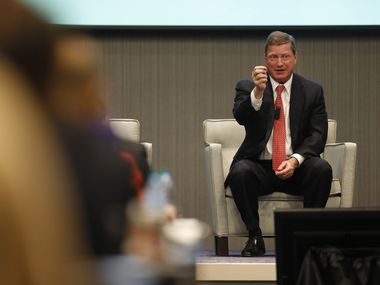 I trace my roots back to 1972, when two guys noticed a storage business that had a waiting list for customers. They invested $25,000 each and opened a storage facility in California — and agreed to keep opening more facilities until there was no more demand. Today, based in Glendale, California, I boast more than 2,500 locations, and I’m still growing. I’m the world’s largest owner, operator and developer of self-storage facilities, with a market value recently near $36 billion. I serve about 1.5 million customers, with roughly 1 million moving in or out of units annually. Who am I?