WASHINGTON — The U.S. Treasury Department says it’s working to fix an administrative problem that has blocked some payments for medical services to New York City 9/11 survivors, including firefighters and paramedics, for almost four years. © Provided by NBC News The New York Daily News reported Thursday that the […]

WASHINGTON — The U.S. Treasury Department says it’s working to fix an administrative problem that has blocked some payments for medical services to New York City 9/11 survivors, including firefighters and paramedics, for almost four years.

In June, Rep. Peter King, a Republican from New York City’s Long Island suburbs, sent a letter to Treasury Secretary Steven Mnuchin to “express my concerns regarding the Treasury Department’s withholding of $1.5 million in reimbursements to the New York City Fire Department (FDNY) for health care provided to firefighters who are sick and injured due to the toxins they encountered at Ground Zero.” King told NBC News he raised the issue again with Vice President Mike Pence on Friday morning during a 9/11 memorial ceremony in lower Manhattan, and also spoke with Pence’s chief of staff about it.

King told NBC News the withholding of funds was “totally disgraceful. It’s out of a bad movie.”

The issue with the health program payments stems from debts owed to the federal Centers for Medicare and Medicaid Services.

“It had nothing to do with the fire department, whatsoever,” King said. “It’s incredible.”

The Treasury Department says it was required by law to withhold the money because of a statutory obligation involving debt repayment.

In an Aug. 20 letter to King, a Treasury official said the department has a program that withholds payments to an entity if that entity owes debts. The FDNY WTC program uses the same taxpayer identification number, or TIN, as other New York City entities, and because those entities owe money, Treasury is required by law to “offset” these debts by withholding payments.

During the past four years, there have been 292 such offsets, totaling $1,983,452.98, per the Treasury letter to King, involving debt owed to the Centers for Medicare and Medicaid Services.

On Friday, an administration official told NBC News that the Trump administration is “working with Congressman King and others to examine any potential authorities to provide relief in this case to support our nation’s 9/11 heroes.”

The official added, “Our, and Rep. King’s, only goal in this is to get the FDNY its funding — we have done everything within our power to try and resolve this issue and are continuing to work with the city while also looking into possible alternate ways of making this happen.”

The issue of health-care funding remains an urgent one for 9/11 first responders: this year, the FDNY had to expand its memorial wall for FDNY members who died as a result of 9/11 World Trade Center related illnesses to add more names, according to the Fire Department.

The FDNY says that 27 firefighters have died so far in 2020 as a result of illnesses that have been connected to their work at ground zero, a total of 226 since the attacks.

The New York City Department of Finance did not immediately respond to a request for comment.

The FDNY’s chief medical officer, Dr. David Prezant, told the Daily News, “Here we have sick World Trade Center-exposed firefighters and EMS workers, at a time when the city is having difficult financial circumstances due to COVID-19, and we’re not getting the money we need to be able to treat these heroes.”

Video: How to keep your health insurance if you’re furloughed or laid off (CNBC)

Fri Sep 18 , 2020
“People are more likely to protect their homes, phones, or cars than their most important asset: their income,” said Chris Pyne, executive vice president of Group Benefits at Unum. “But without a paycheck, they likely wouldn’t even have these other assets.” As for why people lack the protection, a third […] 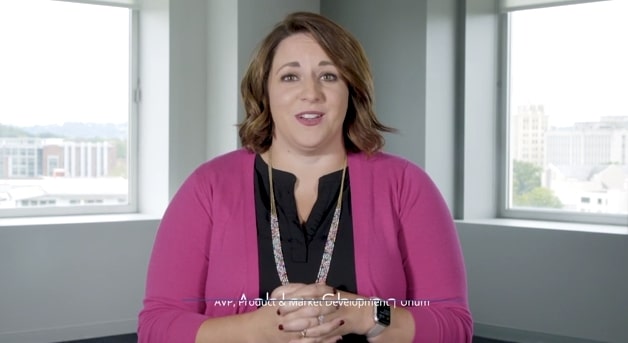