The Supreme Court case Citizens United arguably changed American political campaigns for good. So, how is it affecting this presidential election?

Democrats’ future for the next decade hinges on whether they invest aggressively in state legislative races in Texas, Florida and North Carolina.

Power in America starts and ends in the states. Yet Democrats suffer under the delusion that they can solve all their problems by winning at the federal level. As we at Forward Majority write in our new analysis, a rosy narrative has taken hold projecting a Democratic landslide up and down the ballot in November. But the data tell a much more urgent story for Democrats: Less than three months before Election Day, Republicans are still poised to retain complete control of the most strategically important state legislatures in the country.

Which raises the question: As they celebrate at their convention this week, will Democrats ignore their strategic failures?

The stakes of continued Republican monopolies on power in states like Florida and Texas could not be higher ahead of redistricting in 2021. After the Supreme Court effectively signed-off on extreme partisan gerrymandering last year, these GOP majorities could use their power to redraw congressional and state maps, take the gavel back from House Speaker Nancy Pelosi in 2022, and lock in control of Congress until 2032.

In the Texas State House, for example, Democrats seeking to flip the most pivotal districts have only raised 64% of what Republican incumbents have raised, and their cash-on-hand is only 30% of their Republican opponents. While this is an improvement over 2018,  Democrats still need to invest more resources if they plan to overthrow GOP control in the 9 legislative seats that present the only path to fighting gerrymandering of nearly 40 congressional districts.

An even worse fundraising disparity persists in Florida. Democrats have only raised 31% of their Republican opponents in the most competitive pickup targets in the Florida state House, with cash-on-hand roughly at the same level. Democrats have broken the $100,000 mark in only three of the 23 most competitive pickups while Republicans raised over $100,000 in all but two of them.

Democratic competitiveness in states like Texas and Florida matters more than you might think: These states are among a small handful where flipping one chamber of the legislature would break a Republican stranglehold on redistricting.

States like Michigan, Wisconsin and Pennsylvania have Democratic governors who have veto power over any redistricting proposal crafted by the GOP state legislature. Among GOP trifectas, some of them, like Georgia and Ohio, are simply out of reach for Democrats (even if presumptive Democratic presidential nominee Joe Biden were to win these states, gerrymandering keeps these legislative chambers safely under Republican control).

Crushing democracy: Trump has a plan to steal the election and it’s not clear Democrats have a plan to stop him

But Texas and Florida — along with North Carolina — are the three states where flipping a chamber is both possible and would result in massive and immediate strategic gains for redistricting. We estimate there will be 92 congressional seats on the line for the next decade in these three states alone.

The importance of funding cannot be overstated. In the 2018 election, we found that Democratic congressional candidates in the suburban areas where Democrats gained the most ground did 3.6 points better than Democratic state legislative candidates. They were running in literally the same zip codes on the same issues against Republican incumbents cut from the same mold. Why did the state-level Democrats fare so much worse? Money. Congressional challengers were able to match the funding of the Republican incumbents they were trying to unseat, while state legislative candidates were outspent by an average of 3-to-1.

Hobbling the post office: My great-grandfather faced danger as a mail carrier. He’d be shocked by Trump’s war on USPS.

The seats within that 3.6 point range are enough to flip both the Florida and Texas state Houses. North Carolina’s 14 seats are close behind. These three states alone account for nearly 20% of Congress.

There’s no do-over for a year that precedes the decennial census. Securing a single lever of power in just three Republican-controlled states would have vast and lasting consequences. Rather than celebrate the big hauls congressional Democrats have raised, Democrats would be wise to invest aggressively in these states. If they don’t, they may well have to confront their failure for the next decade.

Ethan Roeder is campaigns director for Forward Majority. He was National Data Director for Barack Obama’s 2008 and 2012 presidential campaigns. 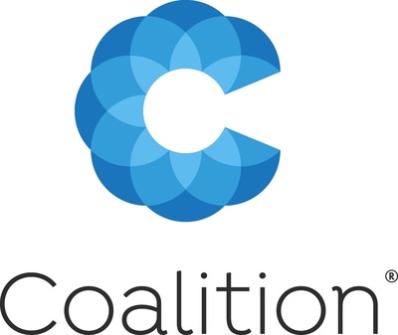