ALBANY – Former MyPayrollHR CEO and confessed felon Michael Mann purchased a $1 million “crime” insurance policy from an insurance company back in 2013 at the same time that he himself was defrauding his banks and finance companies out of tens of millions of dollars. The policy, which Mann purchased […]

ALBANY – Former MyPayrollHR CEO and confessed felon Michael Mann purchased a $1 million “crime” insurance policy from an insurance company back in 2013 at the same time that he himself was defrauding his banks and finance companies out of tens of millions of dollars.

The policy, which Mann purchased from the Ohio Casualty Insurance, was designed to protect his Clifton Park company, MyPayrollHR, from losses due to criminal activity.

It was supposed to spare Mann’s firm, in part, from theft by his own employees. Last week, Mann admitted a criminal sat at the top of the firm.

He pleaded guilty in federal court in Albany to 12 felonies, including bank fraud, wire fraud, identity theft and filing false tax records, as part of an agreement with federal prosecutors to resolve a $100 million fraud scheme Mann directed from 2013 to 2019. It caused the collapse of his payroll services company, MyPayrollHR and left thousands of employers across the country unable to pay their workers.

Arguing that Mann lied on his application for the crime insurance, which included providing false financial statements that inflated the true value of his various businesses and concealing his fraudulent activity, the Ohio Casualty Insurance Co. was successful in getting a federal judge to nullify the policy earlier this year.

“Nowhere in the application, (his financial statements), or in any other information submitted by or on behalf of MyPayRoll in its application for insurance to Ohio Casualty did MyPayRoll or Mann disclose, state, or reveal that Mann … had been engaged and was engaging in an ongoing fraudulent scheme,” lawyers for Ohio Casualty Insurance wrote in a lawsuit filed in federal court in Albany seeking to void the policy.

Mann never made a claim on the Ohio Casualty Insurance policy and didn’t try to block the lawsuit. He remains free on bail and is facing up to three decades in prison when he is sentenced in December, although his attorney will seek a much shorter sentence. Federal guidelines suggest a sentence of between 17 and 32 years.

The Ohio Casualty Insurance crime policy had a $1 million coverage limit for “employee dishonesty” as well as “loss of clients.” The annual premium increased from $2,600 to $3,400 over the years as the assets and revenues of ValueWise increased over the years, according to his financial statements that were compiled by the Albany accounting firm Teal, Becker & Chiaramonte.

The insurer claimed in its lawsuit that the “financial statements misrepresented the financial status of the Mann companies in several material respects.”

According to those financial statements, ValueWise’s assets grew from $9.4 million in 2011 to $20 million in 2014. The lawsuit filed by Ohio Casualty Insurance doesn’t spell out how Mann inflated his firm’s finances, although accounting firms rely on their clients for the numbers. A telephone call and email to Teal, Becker & Chiaramonte seeking comment were not immediately returned.

Dozens of Mann’s victims have tried unsuccessfully to make claims against Mann’s crime policy, arguing that they should be compensated for the fraud that led to damage to their reputations and financial losses, including tax penalties from unpaid payroll taxes. But they were not eligible  because the policy was a so-called “first party” crime policy that protects the policy-holder from criminal losses, not third parties such as MyPayrollHR’s customers.

Mann, described as a serial entrepreneur who started and bought a number of companies, ran his businesses including MyPayrollHR, under an umbrella company called ValueWise that did legitimate consulting. Mann purchased MyPayrollHR in 2013 from a Boston-area company called F.W. Davison that is now known as PrismHR. He also owned a staff recruiting company and a physical therapy company, in addition to shell companies that had little or no operations.

Mann admitted to a six-year scheme to obtain tens of millions of dollars in business loans from several finance companies and his banks by producing fake invoices for non-existant consulting work that he claimed he was doing for major companies. The invoices were used as collateral to qualify for the loans.

That money came from a line of credit from Pioneer Bank, which gave Mann access to millions of dollars, although that loan was obtained by faking invoices and financial documents too. Pioneer is seeking $35 million from Mann that he has not repaid the bank since MyPayrollHR collapsed in September as Mann’s scheme unraveled.

Tue Aug 18 , 2020
State employees in Georgia will be paying an extra $135 next year for health benefits after the Board of Community Health approved a premium rate hike. The board voted unanimously Thursday to increase the employee premiums by an average of 5 percent. Members of the plan can expect to pay […] 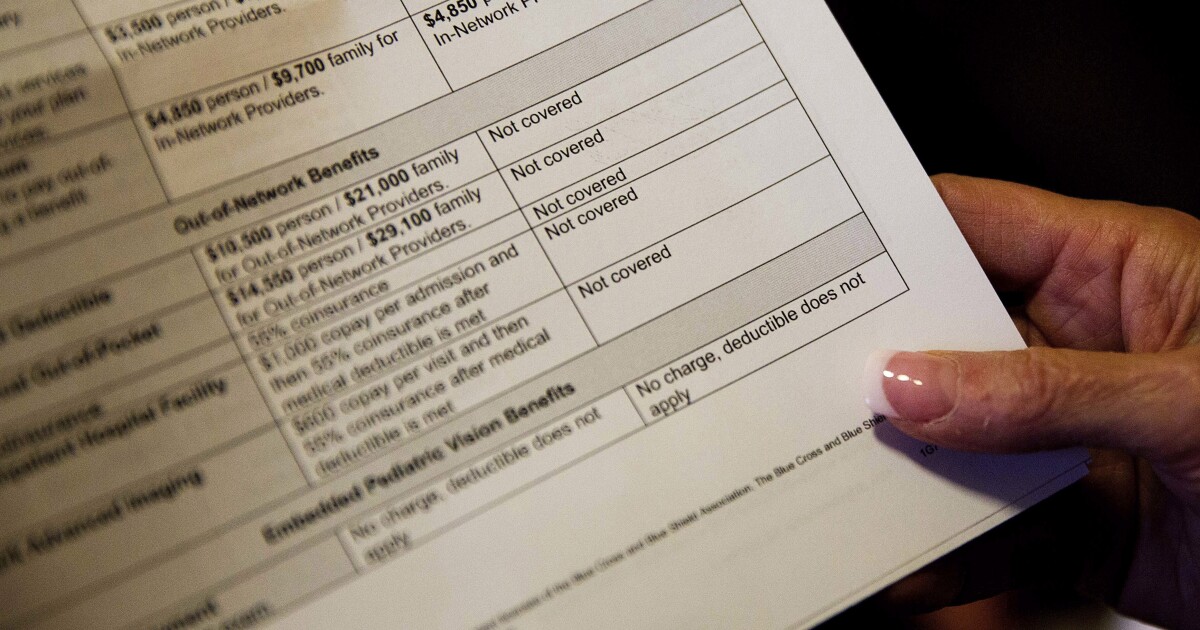