A group of Kansas and Missouri hair salon and restaurant owners can proceed with a lawsuit trying to make their insurance company pay for the income they missed out on during COVID-19 government shutdown orders, a judge ruled Wednesday. © Cindy Ord/Getty Images A new court decision looks at what […]

A group of Kansas and Missouri hair salon and restaurant owners can proceed with a lawsuit trying to make their insurance company pay for the income they missed out on during COVID-19 government shutdown orders, a judge ruled Wednesday.

© Cindy Ord/Getty Images
A new court decision looks at what insurance coverage carriers need to give to businesses closing due to shutdown orders.


The businesses adequately alleged — for now at least — that they ought to be covered by their “all-risk” insurance policies, Western District of Missouri Judge Stephen Bough ruled after combing through insurance policy wording.

The ruling could have broad implications as more businesses sue their insurance carriers for denying similar claims, observers say.

Business interruption insurance replaces lost income when a business has to temporarily close its doors. The policies kick in when there’s “direct physical loss or damage.” That typically applies to events including burst pipes, fires or damage from a nasty storm.

So does it kick in when businesses close their doors under government orders to slow the spread of an invisible, communicable virus? And does it apply when many policies might contain coverage exclusions related to fallout from a virus?

In the first few decisions on business interruption coverage amid the pandemic, three judges have sided with carriers and dismissed the cases.

Bough’s decision marks the first time a judge has decided to let businesses go ahead with their case.

‘COVID-19 allegedly attached to and deprived Plaintiffs of their property, making it ‘unsafe and unusable, resulting in direct physical loss to the premises and property.’ ’ — Western District of Missouri Judge Stephen Bough

But Bough noted the carrier didn’t define “physical loss,” so he had to make his own interpretation.

“COVID-19 allegedly attached to and deprived Plaintiffs of their property, making it ‘unsafe and unusable, resulting in direct physical loss to the premises and property,’” the judge wrote.

These policies had no exclusion for economic fallout from viruses, he noted.

The salons and restaurants, including cafes and an Italian restaurant, followed a range of city and state shutdown orders from Kansas and Missouri that stretched from March to May, according to court papers.

The seven businesses that filed the lawsuit only passed an initial hurdle and the case is not over, Bough noted. But one attorney said it’s an important first step.

“It’s a huge decision for policyholders to use as persuasive authority in other cases,” said Kim Winter, a partner at Lathrop GPM, where she represents policyholders in coverage disputes.

Though Winter doesn’t represent a side in this lawsuit, she’s negotiating the same sort of coverage question for other business clients. At least 1,000 lawsuits have been filed related to insurance coverage amid the pandemic, she estimated.

The cases sometimes hinge on dry questions like policy language, but the stakes can be high in these lawsuits, Winter said. “It could be the difference between businesses going out of business if there’s no insurance money,” Winter said.

It’s a serious matter for the insurance industry too. One industry expert told federal lawmakers in May that carriers can’t and shouldn’t pay these claims for a range of reasons.

“Given this unpredictability and really unimaginable potential for loss, insurance is simply unable to underwrite or cover a pandemic like COVID-19. This concept is expressly clear in standard business interruption policies,” according to Sean Kevelighan, CEO of the Insurance Information Institute, an industry-funded consumer education association.

Re-writing a contract like an insurance policy is “unconstitutional” and retroactive business interruption payouts “would bankrupt insurance,” he told members of the House of Representatives’ Small Business Committee.

One-third of small businesses have a business interruption policies, according to Kevelighan.

Brandon Boulware, one of the lawyers representing the Kansas and Missouri businesses, called Bough’s ruling “a significant win…and an important first step in compelling Cincinnati Insurance to stand by its policy and pay covered losses. The Cincinnati policy is an ‘all risks’ policy and does not contain any exclusion for losses caused by a virus. The Court’s Order recognizes that. We look forward to moving ahead with this case.”

In a brief decision issued the same day — which cites the decision on the salon and restaurant case — Judge Bough let the business entity that wholly or partially owns at least four bar and grill establishments go ahead with a separate case against Cincinnati Insurance.

“We respect the legal process. As this case continues, we believe that the court will ultimately enforce the language of our policy contract. Our commercial property insurance policies require direct physical damage or loss to property and do not provide coverage in this case,” a spokeswoman said.

While these insurance cases and others wend through the court system, federal lawmakers are focused on a different legal question — how much liability protection businesses and schools should have against lawsuits alleging coronavirus exposure.

Republicans want to include a “liability shield” any new stimulus bill, but Democrats oppose the idea.

The proposed shield would toughen legal standards to win in court. Opponents said it’s not necessary because there is no wave of personal injury cases related to COVID-19, but proponents say businesses need the protections before they get sued, not afterwards.

Video: RTD board votes down resolution that would have cut funding to security (KUSA-TV Denver)

Tue Aug 18 , 2020
ALBANY – Former MyPayrollHR CEO and confessed felon Michael Mann purchased a $1 million “crime” insurance policy from an insurance company back in 2013 at the same time that he himself was defrauding his banks and finance companies out of tens of millions of dollars. The policy, which Mann purchased […] 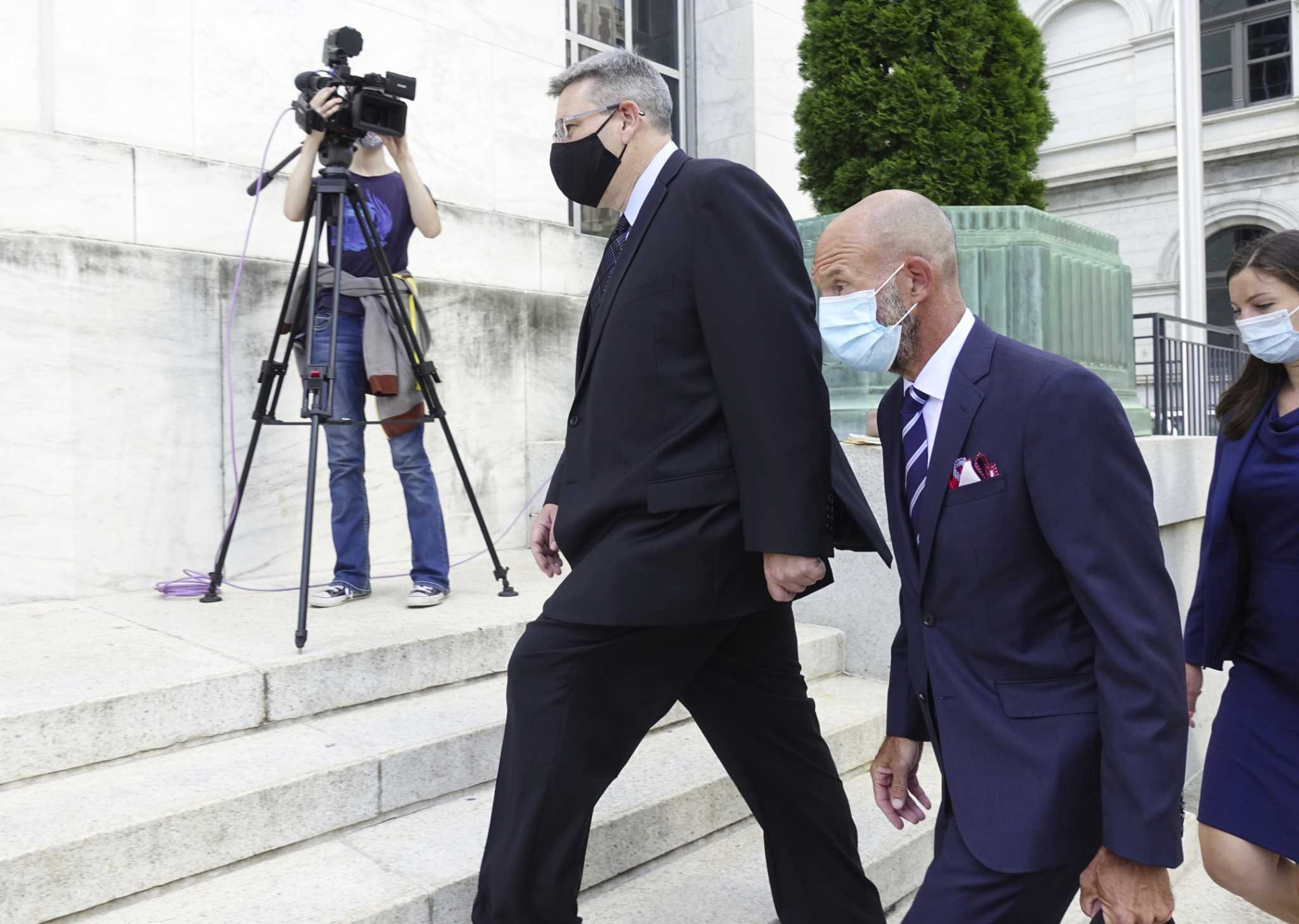