Hodgen Mainda had to move fast to climb the learning curve in his new role as commissioner of the Tennessee Department of Commerce and Insurance. Five months after he stepped into the job leading 800 employees who serve 6.8 million Tennesseans, tornados tore through Middle Tennessee, killing 25 people and […]

Hodgen Mainda had to move fast to climb the learning curve in his new role as commissioner of the Tennessee Department of Commerce and Insurance.

Five months after he stepped into the job leading 800 employees who serve 6.8 million Tennesseans, tornados tore through Middle Tennessee, killing 25 people and causing more than $1.5 billion in property loss. For Mainda, severe storms mean time in the field with his team to see the damage and talk with people on the ground.

“My approach has been we need to see firsthand the affected areas,” Mainda says.

Then, just two days after those storms, the first case of COVID-19 was reported in Tennessee.

“We made a hard pivot and engaged all the health insurance companies in the state — eight of them — and issued guidance for covering costs and co-pays,” Mainda says.

One month after that, a line of overnight Easter tornados battered the Chattanooga area, leaving 10 dead in the region and $444 million in property loss in the state. And as clean-up was under way in Chattanooga, Mainda made another quick shift to supporting the development of a pandemic economic recovery plan.

The scope of the work of the Tennessee Department of Commerce and Insurance is extremely broad, and includes seven divisions responsible for everything from law enforcement training and fire safety to business licensing, TennCare oversight, and regulation of the 1,900 insurance carriers operating in the state.

“Insurance is present in every facet of our world today,” Mainda says.

One of the most important roles of the department is to represent consumers who are having trouble with insurance carriers — a job that has ramped up considerably as property owners dig out from the devastating storms and deal with the effects of the pandemic, Mainda says.

As of Sept. 1, 2020, the office had gotten consumers more than $3.6 million in claims restitution from insurance companies. During the same time period last year, the amount was just shy of $2.6 million. Most of the complaints the office has fielded after the storms have been about slow response as insurers scrambled to keep up with demand, and about settlement offers that fell short of what property owners thought was fair, Mainda says.

“With the tornados and COVID, there has been an increase in complaints,” he says. “We urge Tennesseans, if they have any issues, to please call our office.”

Appointed by Tennessee Governor Bill Lee, Mainda assumed leadership of the department on Oct. 1, 2019. Before his appointment to Lee’s cabinet, Mainda was vice president of Community Development for EPB. He also worked in the private equity sector for three years after serving as chief operating officer at Dale Buchanan & Associates, a Social Security disability and veterans affairs law firm.

Regulatory Boards: If a Tennessean is a licensed professional outside of health care, the department licenses, oversees and regulates those industries. TDCI regulates and enforces professional standards ranging from architects and engineers to contractors, Realtors, and accountants.

As of Sept. 1, 2020, the office had gotten consumers more than $3.6 million in claims restitution from insurance companies.

During the same time period last year, the amount was just shy of $2.6 million.

A native of Nairobi, Kenya, Mainda came to the U.S. in 1997 to attend Middle Tennessee State University. He and his wife met and have raised their family in Chattanooga, and decided to remain in the city while he commutes to Nashville each week for work.

“We were initially going to move to Nashville, but we love Chattanooga,” Mainda says. “We met here, our kids were born here, this is where we hope to raise our family.”

In his first several months in the role, Mainda made it his first priority to meet and talk with every one of the 800 people who work for the department, he says.

“Within 60 days, I had met all 800 people in person,” he says. “I wanted to know who they were, I wanted them hear from me, and I wanted them to know what to expect of me in this role.”

In addition to managing through the storms and the pandemic, Mainda has led the department through a shift to working from home — and meeting needs in person when it’s necessary.

“We’ve encouraged consumers to leverage technology to engage us, if they have a question or need to file a complaint, but we know not all Tennesseans have access to those resources,” he says. “We do have a small population of staff in the building five days a week responding if a Tennessean needs an in-person meeting.”

Among his top priorities with his first year in the books is supporting measures to protect Tennesseans as the coronavirus pandemic persists, Mainda says.

“We know we are in this environment for the foreseeable future, and we don’t want to have to shut down again,” he says. “We want to keep people safe and consumers confident, and one way to do that is to wear your mask.”

How Academia Can Do More to Advance Sustainable Finance

Sun Oct 4 , 2020
(Illustration by iStock/A-Digit) For far too long, mainstream finance education has focused on teaching financial principles and tools based on the assumption that most of humankind will be lifted by free and perfectly competitive markets in which individuals work in their own self-interest. Unfortunately, negative externalities and market failures, long […] 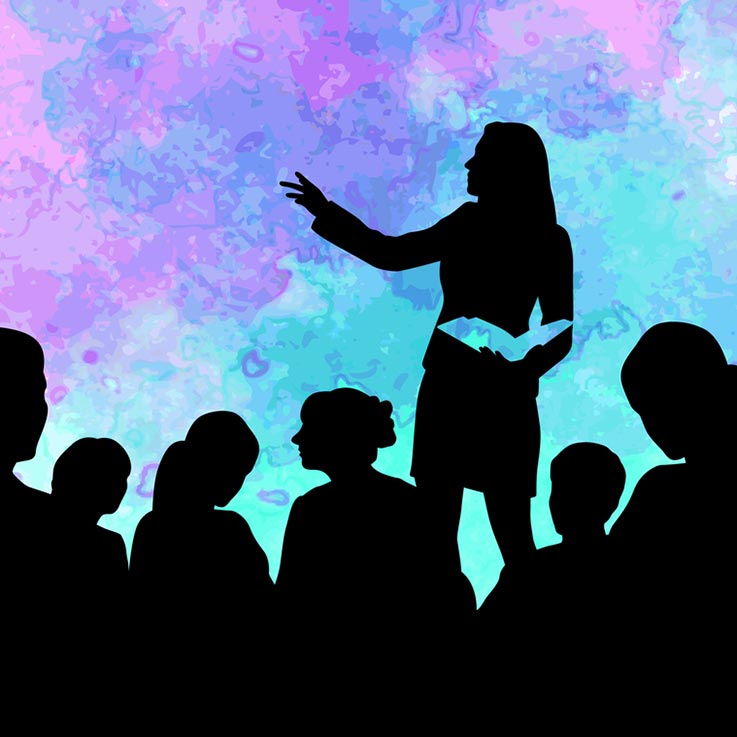