Irving-based engineering firm Fluor Corp. lost $1.7 billion in 2019, according to financial filings disclosed Friday and delayed for months by internal and regulatory reviews.


The full-year loss and write-downs reported by Fluor were “far worse” than expected, according to Bloomberg Intelligence analysts. The company reported a $9 million profit in 2018.

The company halted its financial filings earlier this year when the U.S. Securities and Exchange Commission sought records about charges it recorded in 2019 on a fixed-price Army ammunition plant project in Radford, Va. In May, the Justice Department subpoenaed the company for additional information.

After the SEC began its investigation, Fluor set up a special board of directors committee to independently review its prior financial reporting practices. This week, Fluor said the committee had completed a “comprehensive and extremely thorough” review of projects from 2016 to 2019.

“The review concluded the errors were related to the timing of charges and revenue and not to the magnitude,” Fluor executive chairman Alan Boeckmann said.

The company said the resulting adjustments to its financial reports for 2016 through 2019 reduced its pre-tax earnings by $3.8 million through Sept. 30, 2019.

In a call with analysts, CEO Carlos Hernandez said Fluor is continuing to cooperate with the SEC and the DOJ and that the company is sharing its internal investigation with the agencies.

Fluor’s review found internal deficiencies that risked misstatement of its financials, according to the company. It said it plans to remedy those issues with measures that include “separations for personnel involved.”

“Today we opened a new chapter in which we look forward to giving more consistent updates and moving into a regular communication cadence over the coming months,” Hernandez said.

The company expects to be current with its quarterly filings by the end of the year.

Fluor shares have fallen 65% this year, and the COVID-19 pandemic and low oil prices could prove to be considerable obstacles in the way of executives’ attempts to turn the company around, according to Bloomberg analysts Sonia Baldeira and Kevin Kouam. They cited the company’s $2.1 billion cash balance as a positive.

Fluor is forging ahead with its $100 million cost-cutting initiative, which includes closing regional offices. It also suspended its dividend.

Brennan said the company booked $6 billion in projects through June, up slightly from the same period last year.

As a result of the company’s review of its business practices, it will “only pursue reimbursable or open-book lump-sum conversion engineering, procurement and construction prospects” in order to avoid future risks.

The company has sold portions of its equipment rental business and “continues to progress” with the sale of its Ameco business.

Fluor reported having 8,000 fewer employees at the end of 2019 than it did in 2018 when it employed more than 53,000 worldwide. Its 2019 revenue of $14.3 billion would have made it the 14th largest public company in Dallas-Fort Worth last year, just ahead of competitor Jacobs.

This Is the Average Personal Loan Balance. How Does Yours Compare?

Mon Sep 28 , 2020
Do you owe more on your personal loan than the typical American, or less? New research will help you find out. Personal loans are an affordable way to borrow money, and during the COVID-19 pandemic, they’ve no doubt been a lifeline to the millions of Americans grappling with income loss. […] 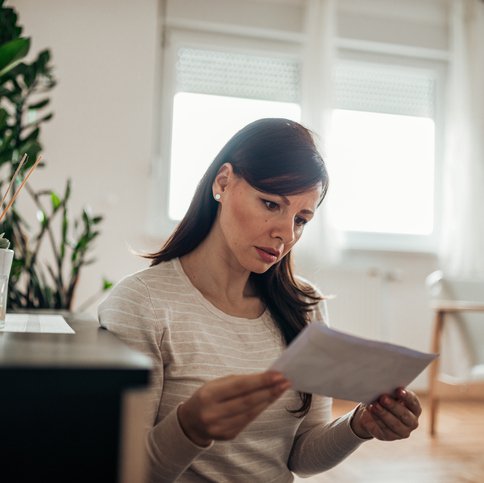