The coronavirus brought a $10.5 million windfall for Noble Sales Co. in orders from the federal government for plastic bags, cleaning supplies, hand sanitizer and gloves. Citing the economic strain of the pandemic, the company also was approved for a federal Paycheck Protection Program check worth at least $2 million. […]

The coronavirus brought a $10.5 million windfall for Noble Sales Co. in orders from the federal government for plastic bags, cleaning supplies, hand sanitizer and gloves. Citing the economic strain of the pandemic, the company also was approved for a federal Paycheck Protection Program check worth at least $2 million.

© ‘Round the Corner Ice Cream
In the U.S. Small Business Administration’s recently released data on Paycheck Protection Program recipients, the seasonal ‘Round the Corner Ice Cream shop in Saugatuck is listed as receiving between $2 and $5 million, despite only having 10 employees. Owner Lisa Freeman says the shop got less than $20,000 and that the SBA has made “a grave error.”


It’s the kind of double-dipping federal auditors fear could be rampant, a collision between the overnight need for supplies and a separate hastily created program aimed at keeping small businesses afloat.

A USA TODAY analysis of $522 billion PPP spending data matched with $19.5 billion in federal coronavirus response shows that at least 700 vendors that scored lucrative federal coronavirus contracts also received emergency aid. Together those vendors received hundreds of millions of dollars in contracts – and at least $618 million in PPP loans through the Small Business Administration.

Start the day smarter. Get all the news you need in your inbox each morning.

The loan program does not preclude those with federal contracts from receiving or keeping the relief money, which has a low interest rate and a liberal loan forgiveness clause: if you use it to pay employees, you don’t have to repay it. Applicants need only certify their need based on self-reported “economic uncertainty.”

“There’s some nuance and space for some type of post-audit recovery where the government could claw back the money,” said Eric Crusius, a Virginia attorney and expert in government contracting regulations. “But it comes down to the smell test and it’s really not a good look when you’re getting millions in government contracts on top of PPP money.”

Eric Holland, an attorney at Reed Smith LLP in Houston, said given the sheer volume of loans – and chaos still surrounding COVID-19 – the mere idea of oversight on the loan program is overwhelming for the government and the banks that issued the loans on its behalf.

“It will be interesting to see who SBA chooses to go after with its enforcement actions,” Holland said.

Tom Noble founded Noble Sales Co. with his father in 2003, according to the Massachusetts company’s website. Noble, the company’s CEO, talked about the impact COVID-19 had on his businesses before asking that the discussion be off the record.

“We have seen a decline in business,” Noble said. “We’ve been negatively impacted in a number of business areas.”

Noble compared himself to other groups, including defense contractors, that do a lot of government business but could also be hurt by the virus. He would not comment on the loan or confirm the data reported by the federal government showing he received $2 million to $5 million to save 186 jobs.

Since 2010, Noble Sales Co. has faced three different civil lawsuits alleging it defrauded the U.S. government through its contracting work, all were dismissed. The Justice Department decided not to intervene in any of those cases, and the company denied wrongdoing. That history does not preclude a vendor from receiving new contracts.

More in this series: Hundreds of millions of dollars goes to COVID-19 contractors accused of prior fraud

The SBA released data on loans over $150,000 in June, in ranges rather than precise figures, following negotiations with Congress and lawsuits from media organizations. Treasury Secretary Steven Mnuchin said the limited release was a compromise to prevent exposing business information that could be calculated with loan values.

“We are striking the appropriate balance of providing public transparency, while protecting the payroll and personal income information of small businesses, sole proprietors, and independent contractors,” Mnuchin said in a prepared statement.

Virginia-based GovSmart Inc. is another frequent federal government contractor. It provides technology services and products to agencies, along with firearms and tactical equipment such as riot-control gas masks.

Help us report on coronavirus scams

Are you a government contract officer? A vendor? A purchasing agent in the private sector? Do you know about a scam tied to coronavirus we should know about? Email us at [email protected]

From mid-March through July, GovSmart was awarded $6.7 million in federal contracts related to COVID-19, for IT software, components and storage devices.

In the midst of getting those contracts – in April – the company took out a PPP loan of between $350,000 and $1 million, which the company said would help it retain 52 jobs.

GovSmart CEO Brent Lillard said that he hopes the loan will be forgiven and that he won’t have to pay any of the money back. Despite the government contracts, Lillard said business has not been booming.

“If it weren’t for COVID, we probably would have doubled our sales,” Lillard said. “We’re definitely not going backwards, but it’s been more challenging.”

Government contractors have turned to attorneys and federal acquisition regulations for clarity on the questions surrounding such double-dipping. Concerns over double-dipping complications have led some federal contractors to repay their loans this summer, with interest, to avoid the headache, The Wall Street Journal reported last week.

“It’s possible these loans get forgiven and the Office of Management and Budget still calls on these contractors to credit the government,” Oberheiden said. “But there’s no black letter law and contractors just need to be smart about any potential overlap and document how the money is used.”

Added to company confusion are apparent inaccuracies in the SBA data. Hours after its release, companies began complaining about errors.

The Foundation for Atlanta Veterans Education and Research is listed as having received up to a $1 million loan in May while also landing a $2.8 million coronavirus contract with the Centers for Disease Control and Prevention. But Leslie Hughes, the nonprofit research corporation’s executive director, said the SBA is wrong.

“We did not receive a PPP loan,” Hughes wrote to USA TODAY in an email. “We had applied early on and it took quite a while to receive a response from the bank. By the time we received a response, we had decided that we were not going to accept the loan if offered.”

Scooter rental service Bird Rides Inc. is listed as having received a loan of $5 million to $10 million. The company said it was in early talks with Citibank for a loan but never officially applied or received money.

In Michigan, a Saugatuck ice cream shop was listed with a loan of between $2 million and $5 million that it did not receive. The SBA told the Detroit Free Press the listing includes amounts approved, not necessarily distributed. Even so, the owner of the shop said the figures were wildly inaccurate, and the company received less than $20,000.

“My thing has always been if you see one mouse, there’s a hundred,” she told the newspaper. “This is the same thing. I’m one mouse, but there’s a hundred more or a thousand more or 10,000 more out there. If this isn’t exposed or uncovered to the public, is our government going to be held accountable?”

Double- or triple-dippers could benefit

At Brian Miller’s first congressional hearing since being confirmed as the federal special investigator general for pandemic recovery, Miller said there are several examples of overlap in coronavirus relief that he considers “multiple dipping.”

He pointed to the scenario where average Americans received $1,200 economic impact payments and the $600-a-week enhanced unemployment benefit. Or where hospitals received Department of Health and Human Services relief money and huge PPP loans while also taking money from another relief program, the Federal Reserve Main Street Lending Program.

“Creating multiple programs resulting in multiple forms of financial support to a single individual or entity may well be sound policy,” Miller testified in early August. “But in such circumstances, the risk of fraud and abuse increases and questions arise.”

Miller pointed out that both SBA and Federal Reserve lending were created by Congress as a “loan of last resort,” yet businesses that took both might find it harder to prove they couldn’t obtain credit through traditional avenues.

Tom Caulfield, an auditor working in Miller’s group, told USA TODAY that several agencies are working together to try to weed out fraud tied to the COVID-19 stimulus package, including the PPP program. He described it as one of the biggest law enforcement efforts he has seen in his 40-year career.

Caulfield said the largest focus will be on cases that either involve large amounts of money, a high-profile player or significant harm to society.

“There is a lot of money out there,” he said. “And we want to look at the bigger-volume fraud cases.”

Another wrinkle in the $2.2 trillion Coronavirus Aid, Relief, and Economic Security Act means some contractors received two other special considerations. Contracting officers were allowed to make “equitable adjustments” – raising prices – for products during the pandemic. In addition, the law allows the government to pay for work that couldn’t be performed because of pandemic closures.

All that opens the door for potential waste, too, Oberheiden said.

“This support was not meant to be double or triple support, but there are people that read closely and see there’s nothing in the law that makes this illegal,” he said. “But it certainly cuts against the overall intent of the PPP loans and the CARES Act.”

The SBA’s rollout of the massive payroll loan program has been criticized as chaotic and confusing. After the CARES Act was signed in late March, the SBA issued nearly $350 billion in the first two weeks of April. Congress refilled the fund on April 21 with another $320 billion.

A crush of applications creates a “Petri dish for every kind of financial misconduct,” said Alexandra Wrage, president of TRACE, a nonprofit business organization focused on business accountability.

“It’s always the same message: Due diligence is a luxury; we don’t have time; it’s a humanitarian crisis,” Wrage said. “If you’re broadcasting that message, you might as well put a bull’s-eye on your forehead.”

But others say the programs are working as intended to give small businesses a lifeline during the pandemic.

Jason Weedon, co-founder of Gourmet Gorilla, said the school boxed lunch food provider was whipsawed by the coronavirus shutdowns in the spring.

He says the Chicago company lost 90% of its revenue with the March 13 school closures and quickly applied for PPP money while laying off all but 10 of its 165 employees. By early April, the company had received the SBA loan of up to $1 million, allowing it to bring back its entire workforce.

Then in May, the U.S. Department of Agriculture issued a contract to the small company for $27.6 million for its food box program, which connects farmers with distribution sites for families facing hunger during the pandemic. That provided steady revenue for months and meant bringing on board three produce houses, two trucking companies and local dairy, meat and produce farmers.

“There are definitely companies that perhaps didn’t need the PPP as much as others and already had $100 million war chest money,” Weedon said. “Then there is us. It helped us bridge between zero revenue and clawing our way back to business.”

Weedon said he is not worried that the government will consider the loan a “credit” because, he said, “that sounds like a Pandora’s box. The contract is driving revenue through an entire food supply chain.” 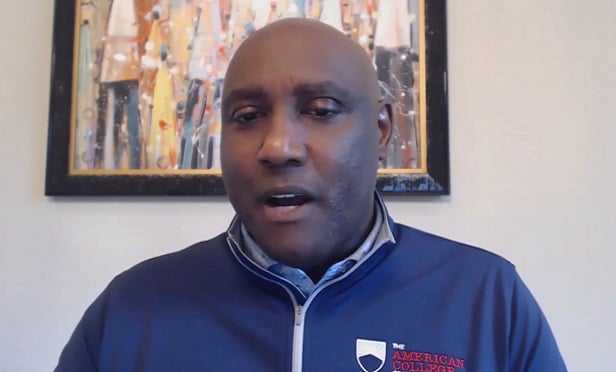